The near perfect weather conditions and relatively smooth surfaces on the Rooiberg Pass contributed to a fast paced 2017 36ONE MTB Challenge which was won by Ramses Bekkenk in a new record time of 13 hours, 59 minutes and 55 seconds, on Saturday the 22nd of April. Jeannie Dreyer was the first woman to complete the 361 kilometre long route – which started and finished at Kleinplaas Holiday Resort in Oudtshoorn – in a time of 16 hours, 59 minutes and 27 seconds, which was 27 minutes slower than the women’s record she set in 2015.

Dutch mountain biker Bekkenk, riding in the KMC-Fruit to Go colours, had to win the race the hard way riding solo for 270 kilometres; after Jean Biermans double flatted while sharing the lead with him shortly after Check Point 1. Bekkenk had punctured 15 kilometres before the first Check Point, but he managed to repair the flat and rejoin the leading group, before changing wheels at the Check Point.

Bekkenk had expressed his reticence, before the race, to attack from too far out and when Biermans punctured Bekkenk initially soft peddled waiting for his compatriot but when Biermans did not catch him Bekkenk forged on alone. Biermans for his part was struggling with a short valve which he inadvertently broke forcing him to insert his second and final spare tube. When he punctured again at the 170 kilometre mark his race was well and truly over.

Reflecting on leading on his own for so long Bekkenk said: “It was very difficult to judge your effort. I could not see my Garmin so I did not know how fast I was going. I was worried I was maybe going too slowly or even too fast. It was mentally very challenging.” When the sun rose though and he realised he was in with a shot of breaking the course record he put the hammer down. “I saw I had an hour and ten minutes to do the last 40 kilometres and I knew it was mostly downhill so I pushed really hard.”

In the women’s race Dreyer dominated throughout, racing to a comfortable victory over Johanna Josten. Speaking after crossing the finish line Dreyer said: “It was just a matter of keeping my wheels and pedals turning. I burnt all my matches following the guys yesterday, so this morning was very tough. Martin’s saying from his adventure racing days is that you do not quit until you are stretched off the course and I used that to keep me going.”

The relay teams started 20 minutes after the solo riders, but the Kinky Wizards team did not let that dissuade them as they blitzed the course. With no support from the other relay teams, Gerrie Beukes could not make any inroads on the big groups of solo riders ahead of them during the first 83 kilometre leg of the race. In the second leg Janpaul Gerber slowly turned the tide, reeling the leaders on the road in by 5 minutes. Taking over the baton for the toughest section of the race Neill Ungerer rode out of his skin, overhauling the lead of Bekkenk – passing the solo rider on the Rooiberg Pass – and handing Yolande de Villiers a 5 minute lead for the final leg. In the final 81 kilometres, from Calitzdorp to Oudtshoorn, de Villiers extended that lead to cross the finish line first, clock the fastest time of the race and claim victory in the four person relay team category.

In the remaining full 36ONE race categories Craig Edward and Dane Walsh won the two person team’s category, while Kevin Benkenstein and Mikayla Webb won the mixed team category. The two rider relay was won by Corné Nel and Philip La Grange. The 180.5 kilometre long Half 36ONE MTB Challenge was won by Luca Stermin, in a time of 7 hours, 52 minutes and 55 seconds, in the solo men’s race, while Isabella du Preez won the solo women’s title; with Loraine Strydom and Mark Weedall winning the team category in the shorter distance race.

You can recap on all the action from the 2017 36ONE MTB Challenge by liking the event Facebook page where you will find photo galleries from the race and a highlight video. To view all the results or to find out more about the event please visit www.the36one.co.za. Entrants to any previous edition of The 36ONE MTB Challenge will be eligible to enter the 2018 event on Monday the 24th of April when 100 early bird entries to the full solo 36ONE MTB Challenge open at 12:00.

The 36ONE MTB Challenge | Solo Men

The 36ONE MTB Challenge | Solo Women 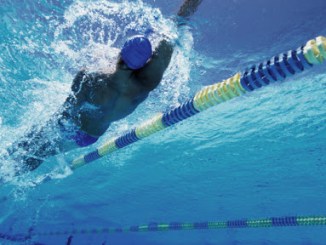