When the Momentum Health Cape Pioneer Trek, presented by Biogen, rolls into George on the 17th of October 2017 it will be the ninth time Dryland Event Management’s flag ship event visits the capital of the Southern Cape. For seven of those nine visits the stop-offs in George were all-too brief though. In 2016 the race spent two nights at Van Kervel High School for the first time allowing for a day of exploration on the trails which criss-cross the fynbos and plantation covered mountain slopes which surround much of the city.

In 2017 the trails of George play host to one of the event’s most exciting stages, a 31 kilometre long mid-race time trial, on Stage 4. The mid-race time trial is a first for the Cape Pioneer Trek, and the first in South African mountain biking since the Absa Cape Epic last used the format in 2011. For the elite riders racing for overall victory at the Momentum Health Cape Pioneer Trek, presented by Biogen, the stage will be one of nerve-wracking full speed racing against the clock; while for the riders further down on the general classification standings the stage will provide the chance to play on the area’s amazing singletracks.

With more than three hundred riders expected to take part in the Momentum Health Cape Pioneer Trek, presented by Biogen, the trails of George will experience some heavy use. It is for this reason that Dryland Event Management is supporting the local Hillbillies MTB Club with a donation to their trail building and maintenance fund.

George’s Hillbillies mountain bike club was founded in 1996 and has been building singletracks virtually since its inception. Long-time mountain bikers might remember the South African XCO and Downhill Championships took place on the trails in 2000, while newer converts to the sport will recall the national championships taking place there in 2010. The Hillbillies work in close cooperation with Madibaz MTB, the mountain biking arm of the Sports Club at the George Campus of Nelson Mandela Metropolitan University. The university campus, located within the plantations 5 kilometres outside of George, also lends its name to the time trial stage: #SaasveldSingletrack.

Richard Muller, Madibaz MTB’s representative on the Hillbillies MTB Club committee, says that there are “about 30km” of dedicated mountain biking singletrack in which the club maintains. The trails are mostly on Nelson Mandela University George Campus (Saasveld), MTO Forestry, Cape Nature Conservation and George Municipality land and the vision for the trails is to “connect existing MTB trails and forestry/conservation roads to create an extensive network of riding options. While another key aim is to provide access to the many natural aesthetically beautiful landscapes and vistas around George.”

While the expansion plan for 2017 only includes around 2 kilometres of singletrack the abundance of forestry and conservation jeep tracks means that even short linking sections of singletrack can open up vast new riding options. Dryland Event Management’s investment will therefore be used to maintain the existing trail network and to strengthen the singletrack bridges ahead of the Cape Pioneer Trek in October.

Mountain biking visitors to George will be happy to note that the trails are free access, thanks to the generosity of the Hillbillies, Madibaz MTB and the land owners. There are trail maps in the local bike shops and signs at the various trail heads. While the routes are easy to follow Muller did suggest that it would be best to ride with a Hillbillies club member as the XCO trails around Saasveld are a little more technical with rock gardens, berms, gap jumps and drop-offs; and the downhill trails at Witfontein are even more so as they feature larger gap jumps and drop-offs.

Membership fees to the Hillbillies MTB Club are just R150 per year for single riders or R200 for a family package. The fees are collected via all major bike shops in George. It is seen as an honesty box system, but Dryland Event Management would like to urge visitors to the area, even if you intend on only staying for a long weekend, to join the club for a year or make a small donation to the trails. You can find out more about the Hillbillies and their trails by visiting www.hillbillies.co.za or dropping by any of the bicycle shops in George. For more information on the 2017 Momentum Health Cape Pioneer Trek, presented by Biogen, and the route which includes a stage in George and two journey stages; one finishing and one starting, in George please visit www.capepioneer.co.za. 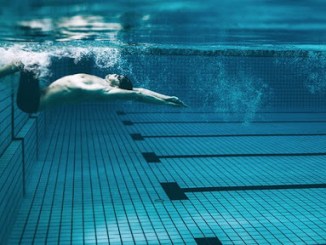 How to perfect your flip turn for faster swimming 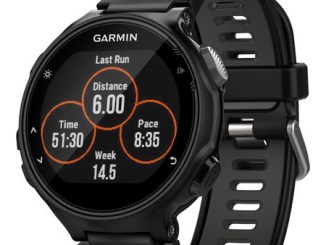 The Garmin 735XT widgets – Your fit life at a glance 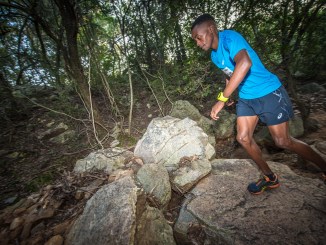