AJ Calitz extended his lead over young Endi Angelo Pegado with a dominant run, leading from start to finish, on stage two of the 2017 Tankwa Trail. In the women’s race the exertions of the previous weekend’s Momentum Health Tankwa Trek, presented by Biogen, saw Yolande de Villiers lose the general classification lead to Alana Jane Munnik.

The thirty-five kilometre long stage started in the Witzenberg Valley where the apple and pear orchards are ready for harvest. Calitz was quick to assert his dominance on the stage, starting at a significantly higher pace than he had on stage one and in so doing dropping Pegado, and the leading men’s team of J.C. Visser & Mauritz Jansen van Rensburg within the opening two kilometres. Once in the singletrack Calitz used his technical skills to extend the gap to the chasers, opening a lead of five minutes by water point one at the ten kilometre mark. He lengthened his lead to ten minutes at water point two, at the crest of the climb out of the Witzenberg Valley, and eventually crossed the finish line as the stage winner by twenty-one minutes over Pegado and forty-seven minutes over Jonathan van Wyk in third.

When asked about the stage Calitz responded: “It was tougher than yesterday. But it’s beautiful and now that I know where the swimming hole (located just off the trail five hundred meters from the race village) is I’m heading straight there.” Upon reflecting where the decisive move came Calitz reflected: “I just ran my own pace. But I think I maybe started a bit adventurously.”

Another runner who started a bit adventurously was De Villiers, though her adventurous start consisted of a fast paced stage one rather than just the opening section of a stage. Munnik had taken a far more consistent approach to her pace, running within herself on stage one and only pushing the pace on the descents on stage two, to run in the comfortable stage winner. In so doing Munnik claimed the solo women’s general classification lead.

There was very nearly a shake up behind Team Soul Running in the men’s team race, as Adriaan Louw Heyns and Riaan Potgieter overturned Rob Williamson and Jakob Volmoer’s early lead on the stage to claim second behind Visser and Jansen van Rensburg. Having started the stage thirteen minutes behind Williamson and Volmoer Heyns and Potgieter had it all to do, but managed to reduce their deficit to second to just three minutes and four seconds. This battle for the minor podium positions could be the most tightly contested one of the Tankwa Trail as the race enters its third stage on Sunday.

In the mixed category Landie and Christiaan Greyling continued their inexorable march to general classification victory, with another stage victory, extending their lead to forty-three minutes over Karoline Hanks and Filippo Faralla. While in the women’s team race the Partners in Crime, Jana Trojan and Tracy Forbes, were equally dominant.

Sunday’s third and final stage of the 2017 Tankwa Trail is the shortest of the race, but also boasts some of the best scenery. The twenty-three kilometre route climbs a mere four hundred meters and twists and turns through more scintillating singletrack as it weaves its way between the sandstone outcrops of the Koue Bokkeveld. The racing starts at 06:30 and you can follow the action live on Twitter by following @TankwaTrail and view all the photos and daily highlights videos on the Tankwa Trail Facebook page.
Selected Results: Tankwa Trail
Stage 2 | Solo Men:
1. AJ Calitz 2:50:44
2. Endi Angelo Pegado 3:11:57 (+21:13)
3. Jonathan Van Wyk 3:37:54 (+47:10) 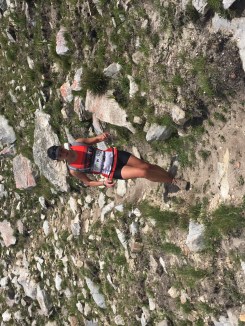 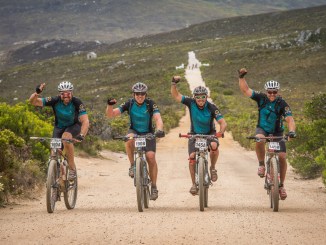 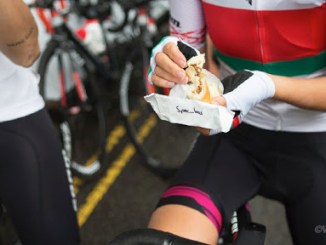 Why Carbohydrate is the King for Endurance Performance