The Maui Jim Molokai Challenge is the world’s oldest surfski race, and also one of the longest and toughest marathons, set across the Kaiwi Channel, between the Hawaiian islands of Molokai and Oahu. Called the ‘Channel of Bones’ by Hawaiians, the channel is renowned for unpredictable, and often extreme, weather conditions that can change in seconds.

2016 was one of the toughest Maui Jim Molokai Challenges in recent years, with paddlers competing in uncomfortably hot and humid conditions, with no downwind to speak of, which saw the race turn into a strategic test of physical strength and endurance.

A few kilometres into the race, a group of five paddlers surged ahead of the pack. This included the South African trio of McGregor, Rice and Mocke, plus Australia’s defending champion Cory Hill and his compatriot, Clint Robinson.

The race soon turned into an individual battle of endurance with each paddler seeking his own line across the channel that was offering no swell, runs or downwind assistance. In these conditions, McGregor’s experience gave him the edge he needed to find quicker lines and to finish at Maunalua Beach Park a minute and a half clear of second-placed Rice.

Said McGregor, “Last year I came so close to winning, so to come back and win now is awesome, and everything that I had hoped for. It was hot and brutal out there – probably one of the toughest surfski races I’ve ever done, and yet again living up to its name. Congrats to all my fellow countrymen that did so well!”

McGregor first won the race in 2009, followed by a second victory in 2014. In 2015, he led the field until the final two kilometres when Australians Cory Hill and Clint Robinson pipped him to the finish line.

The Winkle Race was one of the preliminary events leading up to the FNB Durban Downwind on 25 June 2016, which also doubles as a World Surfski Series event.

In the North West province, Jeep Team’s Pierre Smith competed in the season-opening event of the 2016 Gauteng Nissan Trailseeker MTB Series, which took place on Saturday, 28 May.

Smith finished the 70km marathon through the Mabalingwe Game Reserve in 8th overall in 2h37. Max Knox won the Men’s race in 1h51, followed by Martien Venter in 2nd (2h07) and Heine Engelbrecht in 3rd (2h29).

Said Smith, “I had some great fun at the 1st Nissan Trailseeker race. I’m happy with a solid 8th overall after some tough races thus far. Thanks for all the support from everyone.”

The unusual race, in partnership with City Parks and Johannesburg Zoo, took riders on an urban adventure through Johannesburg’s parks and outdoor recreation facilities, with the route passing through interesting features that included storm water drains, underground tunnels and floating bridges. 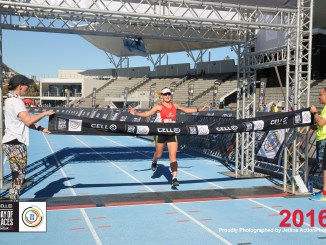