You do not want things to go wrong in the last few weeks before Ironman 70.3 Durban. Fact is, thousands of rands spent on gear, entry fees and plane tickets and many training hours can be destroyed in one second. To get to the start line in one piece, rolling yourself and your gear in cotton wool is advisable, but also impractical. So what’s a man, or girl, to do? Or even more so, not to do?

By now your body is superfit, but it knows movement in only one direction, which is forward. Do not play soccer with the kids, touch rugby with the boys, or any other sport that requires bursts of lateral movement. Any sudden sideways movement might just leave you with sore muscles or a pulled groin. No matter how fit that iOS or android app says you are, if you have not trained your muscles for sideways movement, now not is the time to overindulge in it. Also stay away from anything that requires excessive strength. If your neighbour asks you to help carry his fridge, use any lame excuse to get out of it. Any DIY is not advised. A simple movement, such as stepping wrongly off a ladder could induce a niggle that might ruin your race day! Ironman training builds lean, endurance-orientated muscles. Those muscles want to build up gradually to race pace on race day, with the ability to maintain a sensible just-below lactic threshold pace. Stay away from jerky, sprinty, strengthy kind of stuff for now. Leave that for the obstacle course racers.

Give your body a good rinse. And this does not mean on the outside, but on the inside. If you have allowed yourself chemical concoctions like diet soft drinks and other non-nutritive stuff, cut all of it out and drink lots of water. On race day you want a clean burning engine that executes the metabolic processes required for optimal energy as fast as possible. It will also get you down to race weight faster, without the label of a crash diet. As long as you eat right and enough, your endurance levels will remain optimal. It should actually improve, because your body would have expelled all those chemical, totally non-beneficial stuff. Also, your choice of energy drink, gels and solid race foods should have been tested by now. Don’t let over-zealous salesmen talk you into new stuff at the expo!

As far as gear goes, it is a clichéd statement, but anything new at this stage is not advisable. Buyer’s bias will make you believe that new saddle or pair of shoes is great, but a ten-kilometre test drive is too short for a judgement call. The same goes for all other gear. A hydration system you are not familiar with is a great rhythm-breaker on race day. Unless it is broken, changing a gear cable or other bike parts without a proper, long test ride afterwards is also a no-no. The only thing that should be changed quite close to race day is tyre sealant. Any sealant older than about 4 months might have solidified, rendering it useless.

Back to the body: let it sleep. You have to do it right. Look at the chickens and learn from them. Eight hours sleep starting at ten is worth much more than the same amount, starting at midnight or later. Good tapering and enough sleep determines how much the bow that shoots the arrow gets pulled back. Allow yourself that advantage unreservedly.

More important than most, you cannot get fitter in the last two weeks. You can only get more tired. Don’t try to clock that 10 Km goal-pace you have been chasing for months, in the last week. It will not make you fitter. A pulled hamstring is a much more likely outcome. Unrested and unrecovered muscles cause loss of form on race day, turning what could have been a great race into a survival effort.

Race day is a celebration of the joy triathlon has added to your life. Let your fitness set you into a rhythmic flow as the gun goes. Allow yourself the headroom of a gradual build-up for a strong finish and enjoy the day. However, you may become more vicious at kilometer 14 of the run leg. Then you throw in the kitchen sink, and carpe diem! Enjoy Ironman 70.3 Durban. 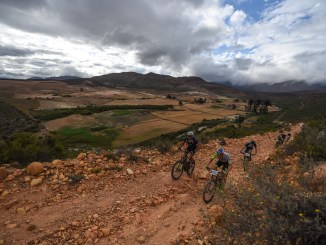 Entries to the 2019 Attakwas Extreme Open on 19 February 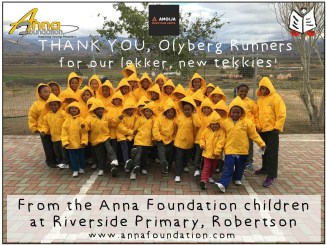 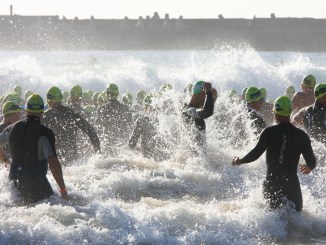