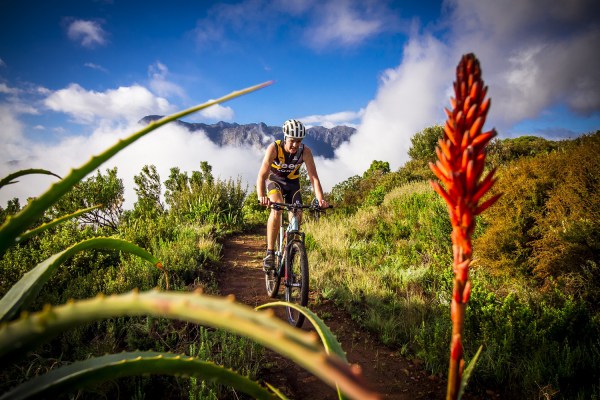 Michael Lord competed in the headline event, the Duo Challenge Long, which consisted of a 25 km MTB and a 10 km trail run.

During the bike leg, he had a quick start and managed to break away from the rest of the field with fellow competitor, Andrew Houston. Completing the bike leg together, Lord was then able to put some distance between him and Houston during the run, finishing in a winning time of 2h04m26s.

Says Lord of his weekend win: “Houston and I rode the whole of the bike course together. I have never ridden Boschendal before. There are some absolutely stunning trails and awesome little nooks and areas on route. At one stage we were riding just below the cliff faces with amazing views of the whole of the Franschoek Valley. I definitely want to ride here again. We finished the bike together and then I managed to get away on the run. Super fun race, big thanks to Amoija Events for an awesome day out. I’m super keen for the next one.”

In May, Lord won Round 1 of the Standard Bank Duo and Trail Challenge, which took place in the picturesque Banhoek Conservancy, just outside of Stellenbosch.

All profits generated from both events are used to maintain the Conservancy’s MTB tracks and facilities, preserve the flora and fauna, and remove alien vegetation from the area R155 000 Raised Through Auctions for songo.info