Christoph Sauser and Jaroslav Kulhavý had to settle for fourth place on Stage 6 of the 2017 Absa Cape Epic on the 25th of March. The Investec-songo-Specialized pairing started the day 50 seconds behind general classification leaders, Nino Schurter and Matthias Stimemann, but a puncture saw them drop out of the lead group and spend a great deal of the day chasing on their own in the wind.

The duo ended up losing 5 minutes and 58.8 seconds to stage winners SCOTT-SRAM MTB Racing on the 103 kilometre long penultimate stage, which featured 2 750 metres of climbing including the infamous Groenlandberg climb.  The result sees Investec-songo-Specialized slip to 6 minutes and 49 seconds off the lead, but they remain in second position in the general classification.

“Ja, that’s the race; unless something major happens tomorrow” Sauser conceded after the stage.  “We’ve had bad luck, with punctures but that’s mountain biking. I’m used to it.”

With the pace of the racing being frenetic throughout everyone who has punctured or suffered a mechanical has effectively been out of the podium reckoning, barring Sauser and Kulhavý. “Because we were super strong we were able to make up time after the punctures on Stage 1 and Stage 4, but today was just one too many at the end of a long week. Nino and Matthias were maybe lucky not to have any punctures, but they were also the strongest team in the race” Sauser reflected.

Talking through how the day unfolded Sauser continued: “We were in a good place with the SCOTT-SRAM teams on the Groenlandberg and Die Nek climbs, but then I pinch flatted on the Die Nek descent. Fortunately Howie [Howard Grotts] was there to give me a tyre, but we lost time and were then chasing on our own in the wind all day. We tried to ride without emotion, but when you hear the gap is growing it’s difficult to stay motivated.”

The Queen Stage proved to be a more successful one for the songo Investec pairing of Thando Klaas and Lorenzo le Roux. The young riders, racing their first Absa Cape Epic, were first over the Groenlandberg climb in the Exxaro category reaching the 50 kilometre mark 2 minutes up on the category leaders William Mokgopo and Phillimon Sebona, of Diepsloot MTB Academy 1. Unfortunately they could not maintain the pace and faded back to third in the category by the time they crossed the finish line, but they were none-the-less happy with their performance. “I can’t wait to come back next year” said le Roux. “I want to win the Exxaro category. This year was about learning, but next year I want to win it.”

The songo-Investec 2 team of Theo Ngubane and Lwazi Ntsakaza are a little off the pace of their fellow songo.info programme members, but they are no less enthused about the Absa Cape Epic. They have toughly enjoyed the experience, and though they are now looking forward to going home on Sunday afternoon, they are also motivated to return stronger than before for the 2018 race.

With six stages and the prologue now completed only the Grand Finale remains. Stage 7, of the 2017 Absa Cape Epic, will take the riders from Oak Valley, in Elgin, to Val de Vie Estate, in Paarl, on a 85 kilometre route which includes a climb up the Franschhoek Pass which makes up the majority of the 1 350 meters of altitude gain. The racing gets underway an hour later, at 08:00 and you can follow all the action live on www.cape-epic.com and watch the day’s highlights on SuperSport 2 at 21:30 tonight. You can also engage with the team by following @songoinfo on Twitter or liking the songo.info Facebook page. 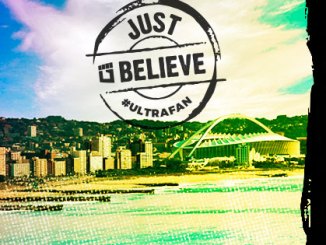