Entries to the 2018 Tankwa Trail, three day trail running stage race which takes place from the 15th to the 18th of February next year, opened on Wednesday the 7th of June at 12:00. But perhaps more importantly the route for the event has been revealed too, and after two years of shying away from the biggest mountain in the area the 2018 Tankwa Trail will take on the Merino Monster.

Made famous by the Momentum Health Tankwa Trek, presented by Biogen, the Merino Monster is a seven and a half kilometre long climb which rises six hundred and ninety meters from the Koue Bokkeveld plateau into the icy clouds at one thousand, eight hundred and fifty meters above sea level. The summit of the climb is cruelly hidden for the first four kilometres, where after it comes tauntingly into view and remains agonisingly out of reach as it demands maximum energy exertion for each meter one gains toward it. The Merino Monster might not be the most technical climb in South African trail running but it will surely become known as one of the most mentally and physically challenging.

The addition of the Merino Monster is not the only change to the Tankwa Trail. Stage One, through the fynbos covered koppies of the Koue Bokkeveld will also feature a more technical but less lengthy route than in previous years, while the descent from the summit of the Monster on Stage Two will provide a true mountain running test. The Queen Stage of the Tankwa Trail, all-things-considered, holds many similarities to the Queen Stage of the Dryland Traverse; which is arguably the most challenging day of trail running currently in a Dryland Event Management trail run.

While the first stage is leg loosening thirty two kilometre route and the second is a challenging thirty five kilometres, the final stage offers an action packed twenty three kilometres. Stage Three takes in the awe inspiring rock formations which make the area uniquely photogenic and trail runners will run through clefts and arches as they make their way across more Koue Bokkeveld koppies and valleys.

Off the trails the treats of the Tankwa Trail abound. Runners can expect the most beautiful race village, with standard and luxury tents pitched under the oak trees on the lawns of Kaleo Manor. The catering at the Tankwa Trail is equally famous, with meals from Thursday evening to Sunday afternoon included in the entry fee. Completing the amazing Dryland hospitality is the chill zone, complete with healthy and sweet snacks, and special race apparel.

The Tankwa Trail’s race village at Kaleo is the perfect place to unwind after a long day on the trails and runners are encouraged to hang out in the chill zone; enjoy an ice cold Cape Brewing Co beer or two; drag their mattresses out of their tents and into the shade of a tree for an afternoon nap; or visit the kloof, a five minute walk from the race village, for a swim in the cool cola coloured mountain water.

Entries to the 2018 Tankwa Trail are available as either a team or a solo entry and luxury camping, platinum upgrades and camper van parking additions are also listed on the event website. For more information please visit www.tankwatrail.co.za, and stay updated by following @TankwaTrail on Twitter or liking the Tankwa Trail Facebook page. 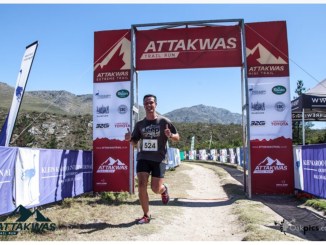 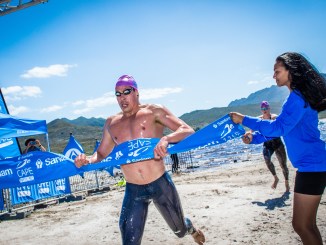 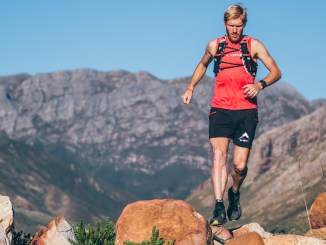