The Fairview Dryland Traverse 4 day trail run event had everyone smiling after the Cango Caves prologue, but after the gruelling stage 1 over Swartberg Pass, the smiles dissipated somewhat and were replaced by grimacing faces and strained walking. With much anticipation day 3 and stage 2 dawned upon us. Would it be easier, or another pain party?

After the customary scrumptious breakfast all the runners lined up to be transported to Rust en Vrede, the starting point for the 23 kilometre stage, with 712 m elevation. The human body is quite amazing and Team EverFit found their legs in no time. The painful memories of the Swartberg Pass stage kept us humble and nervous at the same time as we started the ascent towards the Raubenheimer dam wall. The nice part was that for kilometres on end we ran mostly jeep tracks. The view was good, and we could find some rythm. We did not complain. As much as Team EverFit believes suffering builds character, we also believed that box was ticked the day before.

Soon enough we crossed the Raubenheimer dam wall and started getting our minds ready for the uphill sections that were waiting. Waterpoint 1 was located right where the ascent started and everyone made sure their backpacks were stuffed with all the energy supplying goodies on offer. Team EverFit is notorious for cleaning out the supplies, to the point that they have enough to last them for the rest of the year’s races. After some face-stuffing, we tackled the ascent. The great part was that the surface underfoot gave good traction and we could actually run, not stumble. The same counted for the downhill parts. In contrast to the treacherous downhill sections of stage 1, each footstep was met with solid ground. If your aerobic fitness was good and the core reasonably strong, you good fly downhill with relative ease.

Seven kilometres before the end waterpoint 2 came in sight and with that the reassurance that the end was not far away. Cape Brewing Company, the beer supplier for the event, offered some clandestine beers and some members of Team EverFit took full advantage of this opportunity to add some much needed carbs to get them to the finish line. After a little more “vasbyt” the pleasing sight of the 2 kilometre tar road home stretch came into view. With the tar road underfoot, some members of Team EverFit also came into their own, found some rythm and charged over the finish line with a broad smile.

By all accounts, with only the final 11 km stage left, we believe the Fairview Dryland Is the bag, and we will allow ourselves a sigh of relief. Stay tuned for final stage which will happen at daybreak tomorrow. In the meantime, tick your calender for the 2017 Fairview Dryland Traverse. It is definitely a bucket list event! 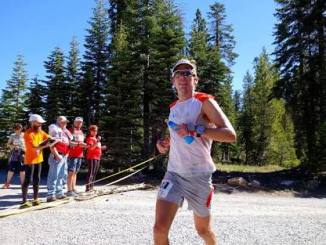 Ryan Sandes and his WS100 dream 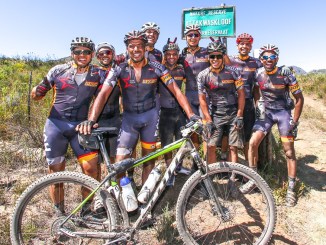 Largest Ever Field to take on 2018 Attakwas Extreme