I recently had the privilege of participating in the 2017 Wildcoast Wildrun®. Being a road and cross country specialist I never ever even thought of running a stage race let alone a stage trail race! The opportunity came about when 2 of my clients from the Adams & Adams Attorneys Firm contacted me in the beginning of August and asked me if I would like to participate in the event since one of their partners at the firm had to withdraw. I immediately agreed to take up their offer not knowing what I was getting myself into. Only after we did the substitution I began to read up on what it entails and got extremely nervous – this is a whole different ball game than what I’m used to. I’ve never run longer than 3 hours non-stop (45km) and hardly ever eat or drink during a run/race but thought if they could finish this event on the amount of mileage they do in a week I should manage the distance easily. The part that worried me the most was getting lost and the river crossings. I quickly had to get all the gear, most importantly trail shoes and a hydration pack and start training with it to get used to it. Luckily for me the “Adams & Adams” group had a couple of experienced Wildcoast Wildrun® campaigners which gave all sorts of tips & advice. The best coming from Neels Campher: wear double layer socks. I was lucky enough to finish this event without any blisters!!

Day 1 was exceptional. The picturesque views of the ocean, mixture of beach running, climbing over rocks, forest tracks and off course the single tracks designed by Nguni cows with the occasional swim and getting lost 4 times made for an interesting day out. The highlight of day 1 definitely being the Nguni cow I saw giving birth just after Mazeppa bay. It was by far the most interesting and beautiful run of my life. Finishing day 1 in second overall in a new women’s record for the day was an added bonus.

Day 2 was another great day out. The 2 French brothers, Regis and Yannick and I took the lead. At 4km we took a wrong turn into the forest and got lost. The only thing I could think about when they left me was “whatever you do always keep the sea on your right” and I tried to get back to the beach as soon as possible. I then found a beautiful cattle track just off the beach and managed to open up a good lead on them. The best part of the day was passing the other competitors who started earlier that morning, from 7km onwards, greeting them and feeding off their cheering. Crossing the Nqabarha River Mouth was extremely scary but by far the most refreshing swim I’ve ever had!! I took a bit of a detour thereafter and ran 3km extra. The last 10km of the day made for some hard work as the sand was quite loose but I was elated to finish the day in 1st place overall and build up a healthy lead of 22 minutes.

Day 3 was by far the hardest day of my life! I had a great run until about 20km when we got to the technical descents. This only being my 5th trail run ever I was hesitant and scared to run down those descents. When the Frenchman Regis flew past me and danced his way down those downhills it broke me mentally. All I could think about was “don’t let him out of your sight so that you can hold on to the overall lead”. The last 7km was by far the toughest 7km of my life (physically and mentally). I just kept on telling myself “the faster you run now, the faster it will be over”. I seemed to be making a habit of getting lost and in typical “Marelise fashion” I got lost 2km before the end again. Feeling very despondent I wondered how a day could a day go so wrong that I managed to “stuff up” a 22 minute lead in the final 12km. I finally found my way to the finish line at the Hole-in-The-Wall. I was relieved that it was all over when I got my finishers jacket and managed to hold onto my overall lead by the scruff of the neck (I still think I should get a special finishers jacket stating 121.9km in 3 days instead of 112km in 3 days;-D).  Ed: Marelise took the win by 57 seconds!

Sunday morning after the race I also had the privilege of flying back to East London Airport via helicopter. Unfortunately the weather didn’t play along as well as it did with the race but what an incredible experience to view the route from the sky. I still cannot believe we ran all that way along that beautiful coast line and spectacular headlands. What I loved most about this race is the camaraderie amongst the competitors, making new friends and the exchanging of stories about how their day out on course was, what everybody saw and how they felt. I’m forever grateful for the opportunity I got to experience this magnificent race. Special thanks to Owen Middleton and his team for hosting a superbly organised event. In the words of Arthur Blank: This race is so symbolic of life. You have to drive yourself to overcome the obstacles. You might feel that you can’t. But then you find your inner strength and realise you’re capable of so much more than you thought. This race truly was a life changing experience!!! 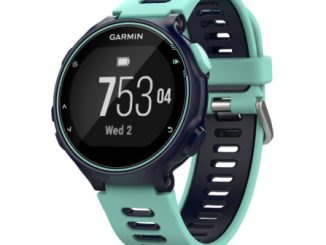 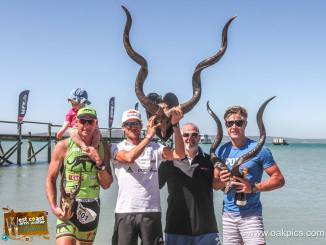